Ellen and Don visited us this weekend.  He fulfilled an item on his bucket list – to stay at the home of Edward Isham – now the INN at Ormsby Hill.

In the late 1800’s Isham founded the Chicago law firm of Isham, Lincoln (Robert Todd Lincoln) and Beale. Don joined the firm in 1979 over 100 years after the firm was founded and became a partner within 7 years. He stayed until the firm’s demise in 1988. This year would have been the 150th anniversary of this prestigious and noted Chicago law firm.

Don and Ellen stayed in the Library Room and browsed through Edward Isham’s books that are still here at the inn.

Don contributed to the Isham library with a book that he authored entitled “Summary Judgement.” It is a recount of his efforts to defend a client accused of killing his boss in 1984. There are references in the book to Isham’s law firm and the connection with Robert Todd Lincoln. A must read for history buffs.

There have been many people that have come to the inn fulfilling their bucket list of visiting. We have not documented those visits (regrettably.) Some of those returning once lived at the inn when it was a private home, others were beneficiaries of a foundation that was established to provide housing and a great education at Burr and Burton Academy in Manchester.

We are so glad to have met them all and hear their stories and memories of Ormsby Hill. 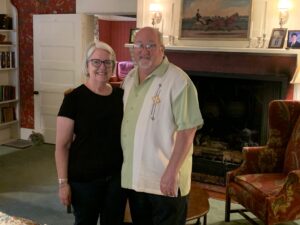 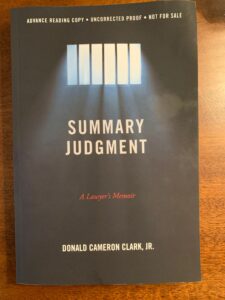